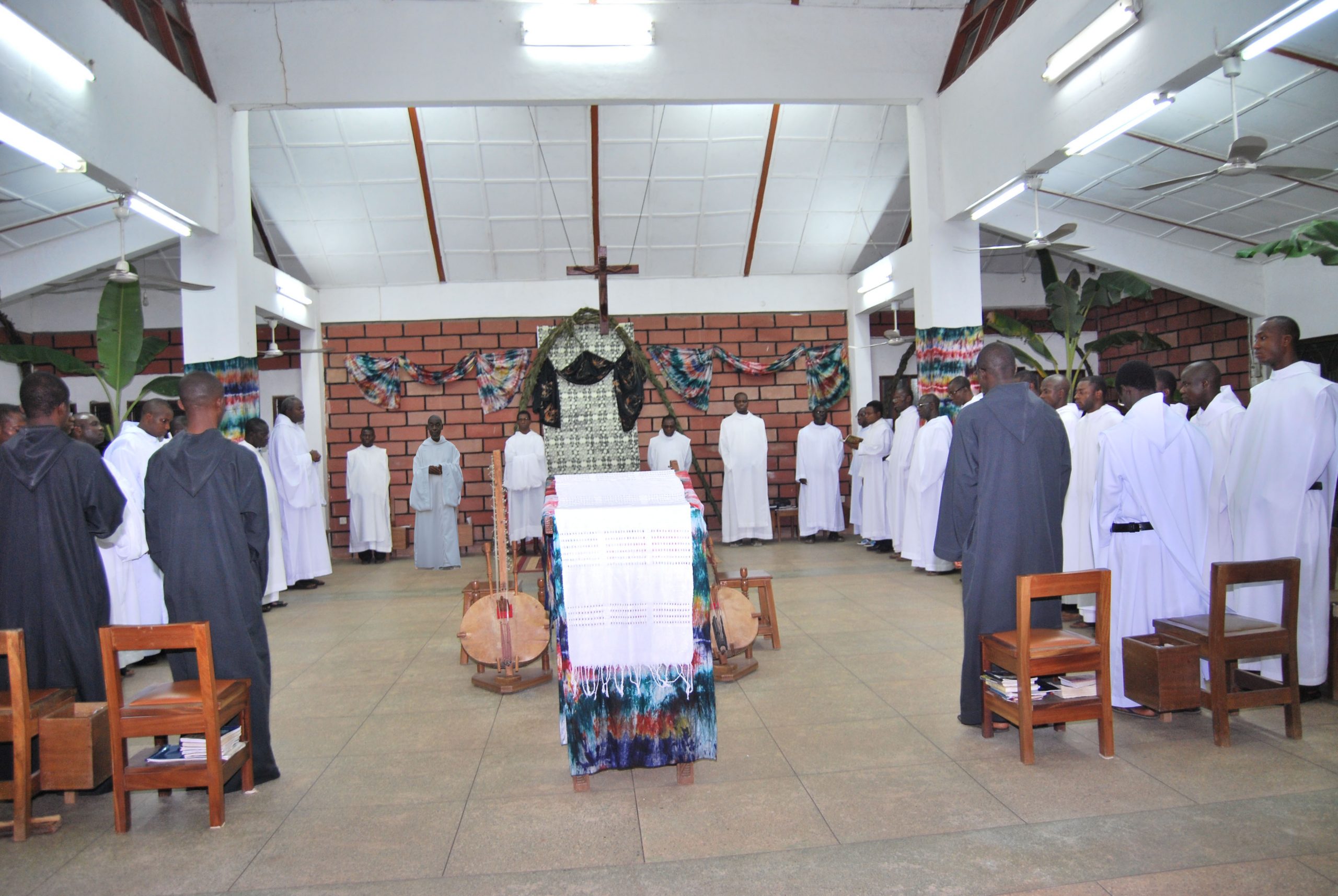 Ewu Monastery is home to a community of Benedictine monks in Ewu Esan, Nigeria.

St Benedict monastery was founded in 1979 by a group of Irish monks from Glenstal Abbey Ireland, and an English monk from Ampleforth Abbey: Columba Cary-Elwes, OSB. The idea was to bring this brand of Christian monks (The Benedictines) to this part of Africa. This was the fruit of a double co-incidence; on the one hand, the monks of Glenstal wanted to plant the Benedictine monastic life in Africa, while on the other hand the then Bishop Okoye CSSp of Enugu Diocese in Eastern Nigeria was in search of a monastic community that will be willing to come an establish a monastery in his diocese. There was a meeting point and these Irish monks arrived Eke in the Enugu Diocese. Soon afterwards they had to leave Enugu because the land they got at Eke was somewhat stony, not fertile enough and even got reduced in size by the locals, added to the fact that there was already an indigenous monastery within the Enugu Diocese- Awhum monastery which later joined the Cistercian Order. Thus, helped by some of the Irish missionaries working in Diocese of Benin, in the then Mid-Western Nigeria, this group of Irish monks relocated and settled at the present site at Ewu-Esan, in July 1979, taking the name ‘St Benedict Monastery’.

Today, Ewu is a part of the newly created Diocese of Uromi, carved out of the Benin City Archdiocese.
Ewu-Esan, the village St Benedict Monastery is located is a hill, and it is within Edo State which is part of the Mid-Western Nigeria. This point is exactly 100 Km north of the ancient City of Benin, along the Benin-Auchi Express road. This community of St Benedict, Ewu,  grew and became a Simple Priory in 1992, had its first Nigerian superior appointed in 1996: Very Rev Fr Vincent Mordi, OSB. Death struck twice in one year (1999) and made away with two among the Irish founding fathers: Fr Kevin Healy, OSB (July 31) and Fr Abbot Augustine O’Sullivan, OSB (December 7). The last of pioneering European monks left Nigeria for good, returning to Glenstal Abbey in the year 2000, and since then the community has remained homogenously African.

The Ewu Priory gained its independence on 11 July 2006. Following an election on April 30 2010 the monastery got its first elected superior (Conventual Prior): Dom Peter Ovoeta Eghwrudjakpor, OSB.
The Ewu monastic community reflects the rich cultural diversity of the Nigerian people. The 41 brothers come from 15 different ethnic groups in Nigeria with one Togolese. The main source of income for the community is the production of health remedies using Traditional Herbal Medicine. The monastery’s Herbal clinic / Research Laboratories (‘Pax Herbals’ for short) has a network running across the length and breadth of the country thus making ‘Pax Herbals’ a common household name among Nigerians; most towns and cities have retail outlets for the Pax products. Other commercial activities of the Ewu monks comprise keeping a fairly, large agriculture farm (including an oil-palm plantation), a fairly, large poultry, piggery and fish farm. The monastery also has a bakery which is devoted to making whole-wheat bread. Other activities include running a book / sacramental shop, apiary, and a guest / retreat house which caters for retreatants, persons in need of counselling and various other guests and visitors to the monastery, Christians (Catholics and non-Catholics) and non-Christians (mostly Muslims, other religious groupings, and persons of no religious affiliation).

Prefer nothing to the love of Christ
RB 72